This is a list made in response to how some folks have handled Trayvon Martin's death. I present:


Fifteen things white people say when they would rather say "Fuck Whining Niggers".

2. Black people did too.

4. Why not just let the police search you and your car if you're innocent?

6.  My ancestors didn't own slaves, I don't see why I can't get a job or go to school because of Affirmative Action.

7. Maybe if you didn't look so dangerous you wouldn't have so many problems

8. Of course racism is still kind of a problem, sort of.

10. Black people are more racist than any other race.

11. You don't hear the Asians and Mexicans whining about racism, they just go to work.

12. Why can't black people try to be colorblind like me and my friends?

13. Stereotypes are based on facts.

Everything on your list is an utterly contemptible thing to say or think. So why would you want to put it on "white people" like that, with no qualification? Not "some white people" or "Republicans" or "racists" or "self-identified conservatives" or "self-righteous willfully ignorant white assholes" or whatever, but "white people"? Same discussion we had a few months back.

I'm going to go out on a limb, but I think he says it because it's far more widespread that white people would like to admit or acknowledge. That is, largely true for nearly every white person who's never had to think for a moment how much they enjoy their existence as a white person. It is the "normal" state to them; it is difficult to see social/political/economic structures in any other way. Those who are outside the margins of privilege are told to just try harder; nothing is ever said to those who keep the walls of privilege high and inviolate.

White racism and privilege is a poison spread widely throughout American culture.

The first step to getting the point of fixing it is to admit it, especially about yourself.

Trying to avoid that elephant in the room means no useful discussion can take place.

I wouldn't want to put any percentages to it, but I suspect there's more awareness of the reality of white privilege among the white population than you seem to believe. (Willingness to do anything about it, or having a clue where to start, is another matter.) I'll go out on a limb of my own and say I'd bet there are at least as many white people who are outraged at the Trayvon Martin murder and how it's been handled as there are who "would rather say 'fuck whining niggers'". Even if I'm wrong and it's only a small fraction, so what? Can we aim our attacks at ignorance and not at whiteness?

To be fair, I should probably acknowledge that most of what Big Man has written since the murder has been nuanced and more thoughtful than anyone would have any right to expect in such an emotionally fraught case. I actually agree with 95% of what he writes here, I just tend to comment when something rubs me the wrong way. Between that and my handle y'all probably think I have Stormfront open in another browser tab, heh. But adding "right on" after every post wouldn't really add much to the conversation.

I didn't put the qualifier "all" either.
You added that all by yourself Eurobubba.
Did you have the same reaction to the Youtube videos of the same vein? Or did you automatically understand that while those comments might be common in the groups mentioned, only a fool think that EVERYONE in the groups says those things.

Also I think you grossly overestimate the number of white people who admit to the existence of true white privilege, or grasp exactly what that means.
All the poll numbers say white people have doubted that they have an advantage in this world since the 1960s. Read some of Tim Wise's stuff about surveys taken of white households back in those days.

Actually I didn't add "all" — even without it, the implication of just saying "white people" (or whatever other unqualified category you could name) is still that whatever few exceptions might possibly be out there aren't worth mentioning.

Haven't seen the videos you refer to.

I'm pretty sure most of my fellow palefaces are well enough aware that there are situations where black folks are more likely to get the short end of the stick. We've all seen the innocent black driver stopped by the racist cop on TV a thousand times. Of course there's a spectrum of opinion on how pervasive and systematic those situations are, or how much they really impact black people's everyday lives, or to what extent they compare to all the other random advantages and disadvantages that all of us have in life. I don't think there's any magical threshold along that spectrum that constitutes "true" awareness. Obviously even the most sympathetic are not likely to have lived the experience of lacking that privilege.

FWIW, I'd submit that making people feel like they're being attacked isn't going to be the most effective way to raise that awareness, but then I don't suppose people come to a blog called Raving Black Lunatic expecting you to bend over backwards to protect the delicate sensitivities of white folks.

Your last sentence was a good one. If I wanted to write a blog where I tried to raise awareness in white people I wouldn't have made this blog so aggressively black. After all, the majority of white people have shown a serious disinterest in most things that are emphatically black.

Things White People say was a title that played on both the blogs that once used similar titles, and the Youtube videos that discussed women, black parents, gay men and many other group. The kickoff video was called "Shit Girls Say". Check out the meme.

Anyway, in my opinion a true awareness of white privilege is an understanding that everyday you wake up white, your life in America and most of the world is better simply by the benefit of your skin color. Better in every way than it would be if you had the exact same life, and were not white.
Although most white people would never have the exact same life they have today if they weren't white. But that's an even harder issue to grasp.

Have you seen Louis CK's bit on being white?

Yes, I believe I might have posted it here.

Did you catch this one? 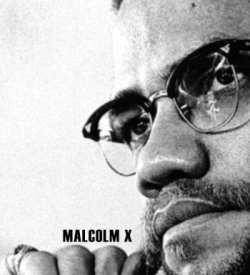